They had finally gone on their dream vacation. It had been a trying four years for Max but he was ready to do what he truly needed to do. He had loved Edith with all he had and hoped that just one day, she would return that love and love him beyond her fears and pain.

She had the one man she had ever loved. Not her father, no, she didn’t have that growing up. As the only child of a single mother, who was widowed before she was even born, she had grown in a house that was a quiet as a funeral home. Her mother had been heartbroken and chose to remain in pieces, faithful to a husband that death had swallowed.

When she met Tristan in high school, she had found a father, a brother and a friend. They ended up at the same university and they were as good as conjoined twins. They had other friends, outside of each other, but everyone who knew them knew that Tristan was the breath Edith breathed and she was his. They had a right happy future ahead of them. They had plans. They had plans, but life didn’t approve.

One Thursday morning, Tristan was jogging on the side of the road, as he always did, when a drunk fell asleep behind the wheel… Tristan died. Edith died, inside. Shattered and torn, she was drowning in sorrow and pain people could only describe as death itself. For a year and a half, she was just a shell of the bright beautiful girl that was loved by Tristan. Then she met Max.

Max was what seemed to bring her back from what had consumed her for so long. For four years, he had stayed and waited for her to heal and love him back, to the full extent of her heart. He knew the pain she had sustained, but he was patient and willing to wait. He knew his decision to wait wasn’t the most logical and it was definitely not easy to explain to people, but between bravery and utter stupidity was a fine line. And he told himself he stood on the brave side. He loved her. And Love is Patient.

He had bent over backwards for her so much, he had reached the maximum point. He was convinced now that she did not seem to want to leave Tristan behind and live. Live with him. Live for him. He had tried. It had been a rough four years, and now, he felt he had to do this because it was finally clear to him that his love would never measure up, he would never be enough for her. He had no desire to replace Tristan, but he sure had a million things to offer than a dead man did.

He had packed his suitcase and booked a ticket on the first plane out. He left his suitcase at reception, went back to their room to wake up Edith so they would stroll on the beach and watch the sunrise. It was beautiful. He wanted to remember this day, if it was the last day he would spend with her, in this beautiful place. They walked slowly, hand in hand, in serene silence. He couldn’t bring himself to make small talk, because he had rehearsed what he would say all night. There was no mental space for anything else. As the sun crept up the horizon, they stopped. 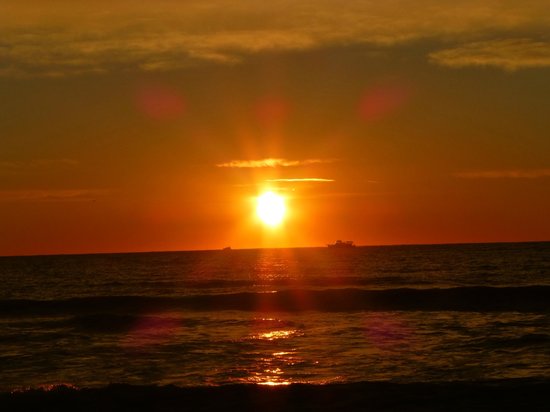 He began to speak;

Max: Eddy (Eeddy), I leave on the 07:20 flight.
Edith: What? {looking confused. They had three more days until their return flight}
Max: I am leaving.
Edith: You’re leaving me? Here? What about me?
Max: It’s been four years Eddy. Four. I waited and waited, and waited. I have been constant, in loving you. I had eyes only for you. Eddy, I worshipped the rain that fell on the grass that you walked on. But all that patience showed me that I just would never be him, or better than him. Not that I wanted to replace him in your life, never. But I just can’t bear hating a dead man. I am jealous of him, because even in his absence, his presence remains. I don’t want to compete with him. And I don’t want to hurt like this anymore. I love Eddy, but I know now I am never going to be okay with settling for slivers of your heart while the rest is reserved for a person who is gone.

He pulled her into an embrace, kissed her hair and turned around and walked back to the hotel. His heart broke. Letting her go hurt beyond what he expected. But it was a necessary evil. He swore then, to never set foot on an island. Because this one sure smelt like Edith.

How the soul speaks. Spilling my thoughts. Exposing my emotions. Poetry.